“You need only claim the events of your life to make yourself yours. When you truly possess all you have been and done…you are fierce with reality.” – Florinda Scott-Maxwell, The Measure of My Days 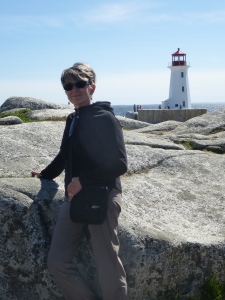 A month ago I traveled to Halifax, en route to a vacation touring Newfoundland.  The week before my departure, I was thick into the preparations for and co-hosting our third Inside Outside Leadership gathering, this year focused on transitions and thresholds.  In readying myself for both journeys, I realized how Halifax has become my “heart place” for acknowledging and crossing thresholds.  So to spend a few days there was completely apropos given my own recent threshold, turning sixty and stepping into what the late Angeles Arrien calls the first stage of elderhood.

A bit of the backstory…I first went to Halifax in 2002, to attend what was then called the Shambhala Institute of Authentic Leadership, truly a transformative, deep dive into learning that significantly changed the course of my work, relationships, life.  It became my professional community of practice, and I attended for several more years, the most recent being in June, 2010.  Then, I recalled having to go “toe to toe” with my director to justify using the allocated professional development time and budget for this event.  In hindsight, I realized this and another similar conversation wherein I “spoke truth to power,” most likely led to my position being “abolished” the following year, and put in play my eventual decision to “retire” in June, 2012.  I remember flying across Canada, staving off a migraine, and feeling nauseous with anxiety the closer I got to Halifax.  After a bit of soul-searching, I disclosed to my Halifax “sisters” who met and fetched me, that I felt I was about to cross a threshold – the first time I ever recall using this particular word – sensing an enormity and knowing only that I upon my return home, I’d complete those final weeks of work, and then begin my long awaited, year long, deferred salary leave, a year in which I was intentionally designing experiences to open me up to Life (studying process painting in Taos, NM with the method’s founder, Michele Cassou, and travelling “sola” to Europe for three months.) 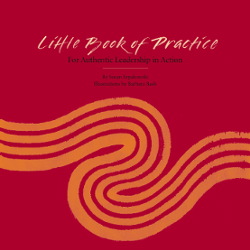 ALIA (Shambhala renamed) is masterful in designing the space and container for potent, transformative learning and community making.  (Read Susan Szpakowski’s Little Book of Practice for a beautifully eloquent description of how.)  And wouldn’t you know it, that year, as the group convened for the first time, “threshold” was our welcoming metaphor and ritual. 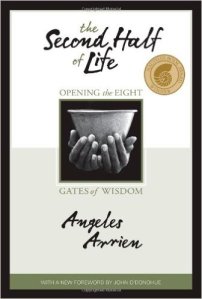 Threshold, as described by Angeles Arrien in The Second Half of Life: Opening the Eight Gates of Wisdom (2007), is “the place or moment where transformational work, learning, or integration occurs.” (9)  She makes the distinction between a threshold and a gate, with the latter being:

“the protecting and testing that must occur before we are allowed entry and permitted to do the work at the threshold.  Gates are often considered places of initiation or entryways into holy places, sacred grounds, or spiritually significant transitions.  Deep archetypal feelings may surface when we are ‘at the gate.’  Instinctively, we recognize that we are required to let go of what is familiar, prepare to enter, and open ourselves to the unknown.  Our passage through the gate is irreversible.  After we open the gate and stand upon the threshold, we must do the work of transformation.” (10)

In the book’s forward, Arrien’s “Celtic friend and colleague,” the late John O’Donohue wrote, “Each life must find its true threshold, that edge where the individual gift fits the outer hunger and where the outer hunger fits the inner hunger….a human life can be understood in terms of a narrative of its thresholds.” (x)

Have I told you that over that year of intentional threshold crossing, I broke three hand mirrors?  The first being during that week at ALIA.  The second, as I prepared for my last trip to Italy, a bus tour of Sicily.  The third and final, the hand mirror I travelled with throughout Europe, and found shattered when I unpacked upon arriving back in Canada. 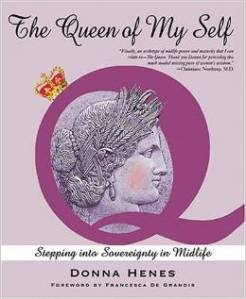 Or that during that weekend before ALIA, when I celebrated with my “sisters” in Mahone Bay, enjoying fresh lobster, wine and heartful conversation, gifting them each with tiara, scepter, shawl and the book The Queen of My Self, evoking another threshold, the tarot card of death appeared in each of my readings?

It was never lost on me the potency of that particular June, crossing through the gate into the threshold that, now in my fifth year, I anticipate will continue for the yogic seven.  The archetypal feelings and signs foretelling that my life as I had known it would shatter, die, shift and change.

So yes, it was with perfect and subtle attunement that I spontaneously added on the Halifax layover, and shared another fine weekend, in that same comfortable home with my “sisters,” again enjoying our tradition of fresh lobster, fine wine and heartful conversation.  Now each of us five years older, tending to Life’s changes as children move and marry, parents flounder with less time than more, careers shift and end, health waxes and wanes, and “what next?” hovers large on the horizon.  Stepping into what Life is calling forth from us, for us.  Learning what it means to be an elder. Claiming its gate and threshold. 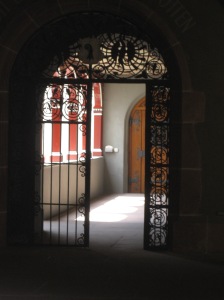 PS – With bittersweet and perhaps even divine synchronicity, John O’Donohue passed over unexpectedly on January 4, 2008, a few short months after writing the forward to Angeles Arrien’s book.  In her introduction, she writes about their friendship and his forthcoming book, To Bless the Space Between Us, which was published posthumously on March 4, 2008.  Angeles Arrien passed over in late April, 2014.